Kate Orff, a landscape architect and MacArthur Foundation "Genius Grant" recipient, is working hard to protect the rest of us from the inevitable consequences of a Green House Gas supercharged climate.   The New Yorker's profile of Ms. Orff and her already considerable body of work is mandatory reading for anyone with a horse in the race to attempt to protect our coasts from the constant flooding that is imminent.  That means all of us.

Much of Ms. Orff's work focuses on the use of sloped rock formations and "reef sheets" to attenuate wave energy that would otherwise batter our coasts.  The "reef sheets" create an ecosystem like one that might exist were it not for the damage we've already caused.  Ms. Orff calls these "reef sheets" "Living Breakwaters".  Yes, the new ecosystem created by the "Living Breakwaters" will be different but not as catastrophically different as what would be wrought by unabated coastal storms and, as Ms. Orff explains, the current situation is already different.

The New Yorker highlights a "Living Breakwater" project designed by Ms. Orff and others in Raritan Bay which is between New York and New Jersey.  Many will remember the pictures of the devastation Raritan Bay communities suffered in Superstorm Sandy.  The "Living Breakwater" project is hoped to keep that from happening again.  It was subjected to 7 years of environmental review before receiving a green light to proceed.

If the Raritan Bay "Living Breakwater" project was proposed in Massachusetts, the light might never have turned green.  Our 20th century laws are still grounded in what Ms. Orff calls the "romantic view that we should just let nature take its course."

“I know people who have this romantic view that we should just let nature take its course,” Orff said, eying the factories and tall buildings that line the riverfront. “But that doesn’t take into account the damage we’ve already done.” 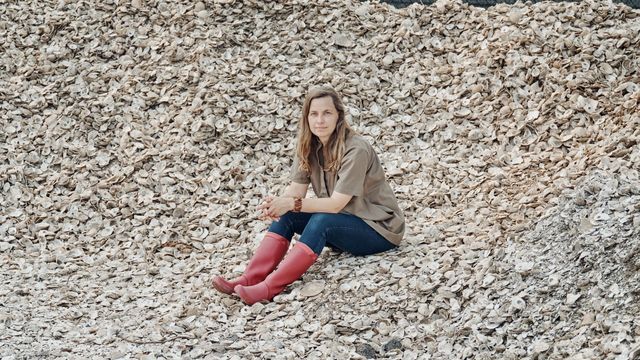