Earlier this week, Vermont became the latest state to file a lawsuit against the major oil companies featuring allegations focusing on climate change.  This is simply the most recent of more than two dozen lawsuits that have been filed since 2017 against major fossil fuel companies, all of which have brought claims based upon state law--and all of which have, to date, been unsuccessful.

This particular lawsuit is distinct from most of the recent wave of climate change litigation, which has typically concerned a theory of public nuisance and has been brought by private counsel retained by cities and municipalities.  Instead, this case has been brought by the Vermont Attorney General, and presents claims based on alleged violations of the Vermont Consumer Protection Act.  (This approach is not wholly novel; the State of Massachusetts has filed similar claims against ExxonMobil, which survived a motion to dismiss earlier this summer.)  It remains to be seen whether this new lawsuit reflects a shifting paradigm as to how legal claims concerning climate change are brought against major fossil fuel companies.

Perhaps most significantly, this lawsuit reflects the evolving effort by state and local governments to assess damages against fossil fuel companies for climate change.  Even when a series of lawsuits featuring one approach (e.g., public nuisance) have been unsuccessful, these government actors persist and develop new theories of accountability.

Further, it is important to bear in mind the prospect of these lawsuits, or similar lawsuits, when contemplating the various regulations proposed or even floated by the Biden Administration.  In the absence of meaningful regulation, it is likely that the pressure to achieve an impact through litigation will be even more potent--although there is no guarantee that regulation will necessarily diminish the impetus behind the wave of climate change regulation, unless a liability shield or something similar is adopted by Congress.

The Vermont state government on Tuesday sued multiple oil companies, alleging they misled the public about the impact that fossil fuels have on climate change. Vermont Attorney General T.J. Donovan (D) announced the move on Twitter, writing, "Today I am suing Exxon Mobil Corporation, Shell Oil Company, Sunoco LP, CITGO Petroleum Corporation, & other related companies for deceptive and unfair practices." "We will not stand by while these companies lie about the dramatic effects of their products on the climate," he added. In the lawsuit, Donovan accused the companies of violating the Vermont Consumer Protection Act (VCPA) by "engaging over a long period of time in numerous deceptive acts and unfair practices in connection with their marketing, distribution, and sale of gasoline and other fossil fuel products to consumers within the State." 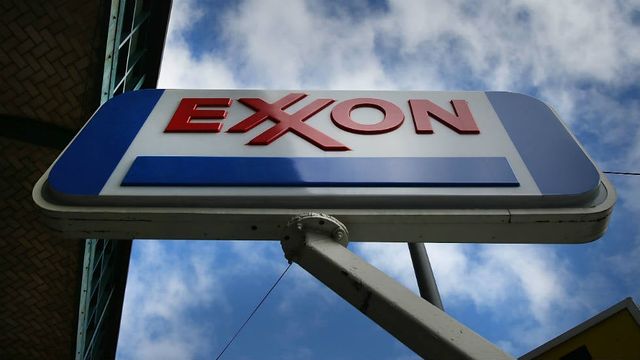