The Boston Globe is reporting on a lawsuit by the ACLU and my law firm, Mintz, against the US Customs and Immigration Service, and other departments of the United States government, relating to the Afghans the President promised not to leave behind. Hopefully this lawsuit will help because frankly their circumstances couldn't be much worse.

I'm one of dozens of Mintz lawyers who volunteered to help people in Afghanistan seek humanitarian parole. My clients are, and have been, in hiding since the Taliban took over. Without getting into the details of my clients' situation, suffice it to say that the father spent his adult life working with the United States against the Taliban as did two of his sons who have already emigrated to the United States. If the Taliban has an enemies list, the members of this family are most certainly high up on it.

So it was, to say the least, shocking when the United States, having closed its only embassy in Afghanistan, said that it would not process humanitarian parole applications by anyone who could not present themselves at an embassy.

That decision and others cannot be reconciled with the President's promise that our friends in Afghanistan would not be left behind.

If nothing else this lawsuit reminds us all of that as yet unkept promise.

Immigration officials abruptly stopped processing humanitarian parole requests after thousands of Afghans applied for the program last August and September, the ACLU states. Then in November, USCIS imposed stricter standards that resulted in most Afghan applications being denied. 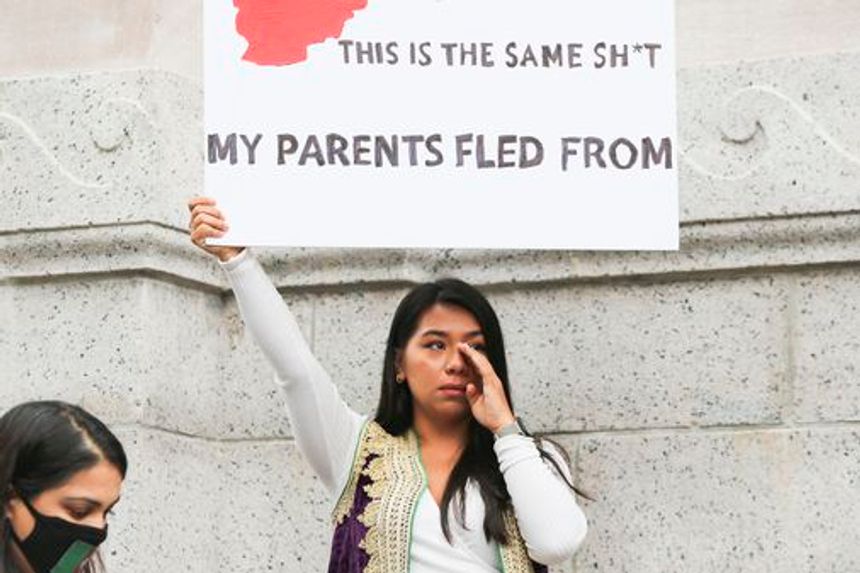