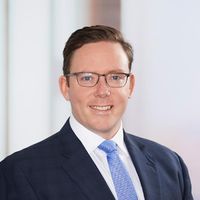 The early dismissal of a federal lawsuit that could have resolved whether certain cryptocurrency tokens can be taxed as federal income feels like business as usual for an industry accustomed to uncertainty. At issue in this taxpayer-initiated lawsuit was whether cryptocurrency tokens generated through the staking process are properly taxed as income. Resolution of this issue was poised to make a significant effect on the digital asset tax scheme, particularly after Ethereum – the world’s second largest cryptocurrency by market cap – recently transitioned to a proof-of-stake consensus protocol.

Plaintiffs, two Tennessee taxpayers, engaged in a cryptocurrency staking operation involving Tezos, a cryptocurrency that uses the proof-of-stake mechanism to validate transactions. Transaction validators for proof-of-stake platforms must first “stake” or pledge as collateral a number of their own tokens as their “buy in” to be chosen as a validator. If chosen, the staker-validator then uses their computing power to validate transactions, or blocks of data, that are added to a blockchain. Successful validators are rewarded with the cryptocurrency tokens that are created when the new blocks of data are validated and added to the blockchain.

According to Plaintiffs, the creation of Tezos tokens through the proof-of-stake validation process was no different from a baker baking a cake where that freshly baked cake is considered new property, not income subject to taxation. Not until Plaintiffs sold those new tokens – just like the baker selling the cake – would they be subject to federal income tax based on that realized gain, or so Plaintiffs argued.

Determined to secure a judgment that the newly created tokens were not income for tax purposes, Plaintiffs rejected the refund. From Plaintiffs’ perspective, if they accepted the refund for that year, they would be forced to fight with the IRS every year over whether the tokens they generated that year from staking were taxable.

The Court agreed with the Government’s position, rejecting Plaintiffs’ contention that a live issue remained or that this issue would reoccur every year that Plaintiffs continued to engage in staking. The Court also disagreed with Plaintiffs (supported by an amicus brief from Coin Center) that the issue was of significant public importance needing judicial resolution.

Barring an appeal in this case, those who had hoped for clarification on this issue remain disappointed. What is certain is that the Government was careful not to leave too many clues about whether it has changed its position on whether tokens generated through staking were taxable income. Buried in a footnote in the Government’s motion to dismiss, it noted that “the grant of a refund for one taxpayer for one year is neither a prospective nor universal statement of IRS policy about the many individual items reported on a tax return for any given year.” This appears to respond to a statement from the “Proof of Stake Alliance” that the IRS’s decision to issue a refund in this case was an indication that it no longer considered tokens generated through staking as income.

This case was also particularly significant because the popularity of proof-of-stake protocols is on the rise, due at least in part to the perception that they are more energy efficient than proof-of-work consensus protocols (e.g., Bitcoin). But how the IRS will treat tokens generated from staking remains unclear. In 2014, the IRS issued guidance that cryptocurrency “mining” or tokens issued to validators who successfully validate transactions on proof-of-work platforms (no staking required) were income. See IRS Notice 2014-21 (“when a taxpayer successfully ‘mines’ virtual currency, the fair market value of the virtual currency as of the date of receipt is includible in gross income”) (https://www.irs.gov/pub/irs-drop/n-14-21.pdf). Interestingly, absent from the Government’s answer to Plaintiffs’ complaint or in its motion to dismiss was any forceful argument leveraging this older guidance for the point that any tokens created or received from validating blockchain transitions are taxable income, whether or not those tokens are generated through a proof-of-work or proof-of-stake protocol.

We may not get our answer unless and until Plaintiffs file a refund request next tax season!